I’ve often been curious about what cashiers at stores like Walmart or CVS Pharmacy must think checking customers out. Because those retailers sell a vast array of products, customers can come up to checkout with any sort of things. But when a teenager cashier working at Ace Hardware in Cleveland, Mississippi saw Milton Lowe stepping up to the register with a brand-new shovel, he felt a shiver run through his spine only to learn that Milton planned to bury his family member with it.

Milton had been dealing with several hard blows from life recently. His doctor broke the news that he had cancer and then his 15-year-old German shepherd passed away. Because he needed to take care of his dog and give the pup a proper burial, Milton drove to Ace Hardware for the shovel. And despite how cancer was eating away his life force, he was determined to bury the dog himself. 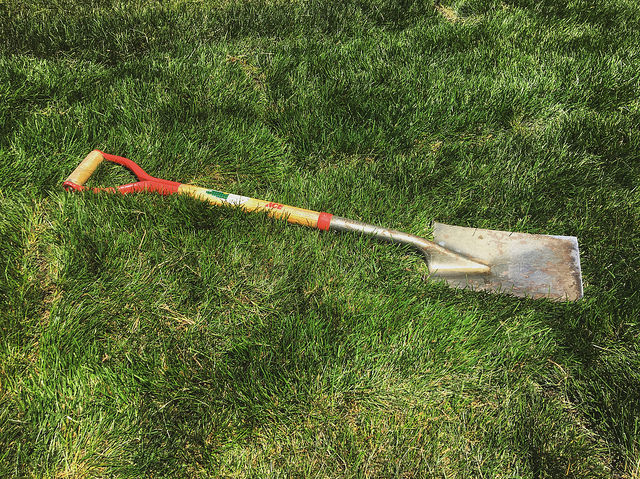 But 19-year-old employee Sam Coleman-Dancer saw Milton with the shovel and knew something was wrong. During their interaction, Sam learned about Milton. He asked questions about the senior man’s background and why he was in the store. For example, Sam learned about Milton’s commitment to the United States military and his years of service. He also learned that Milton was sick and had just lost his best friend, the German shepherd.

Because Sam’s grandfather was also sick, he felt empathy for Milton and wanted to help him.

“He told me about the times they spent together, walking and playing fetch,” Sam told The Dodo after he went above and beyond to help Milton put his best friend to rest. “He said his dog had always been there for him. They were very connected. He was very emotional, and it touched me.” 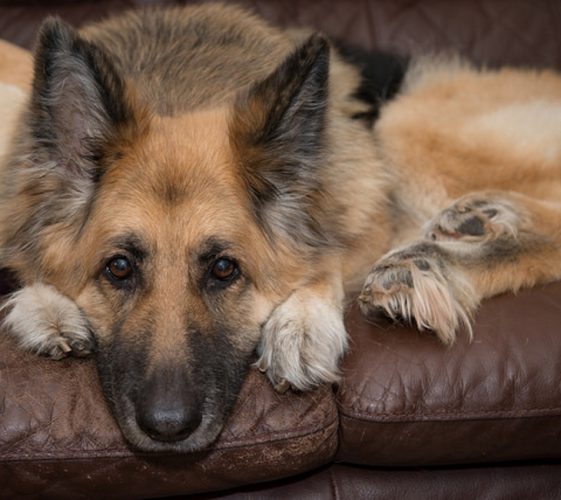 Because he felt for Milton, Sam offered to help him put his dog in the ground.

After he got out of his shift at Ace Hardware, Sam followed through with his promise and appeared at Milton’s address. While Sam tore a hole in the earth for Milton’s best buddy to rest in peace, they talked about life. Sam learned more about Milton’s cancer diagnosis and about how Milton’s wife had previously survived cancer.

“He told me that great things come to you at unexpected times and we both smiled,” Sam told WLBT. “Definitely something we will both remember. He asked me if there was any way he could repay me and I told him ‘yeah, by taking a picture with me.’ Because I know that picture is something I will cherish forever.” 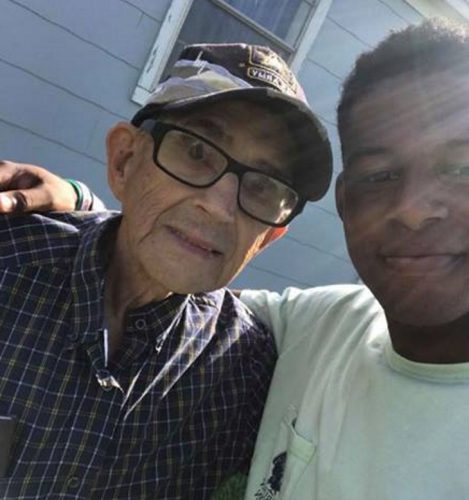 The next day, Sam showed off his photo to his coworkers. Because his managers were impressed, they posted the image to the Ace Hardware location Facebook page.

While Milton may have lost his best friend, he made a new friend while putting his dog to rest.