He is a hunter and, in the past several years while he practiced his “hobby”, he has ended the lives of more than 5,000 animals, mainly African elephants.

The Campaign to Ban Trophy Hunting recently released a report on hunting as a hobby and to collect trophies.

This report talked about the shocking increase in ivory taken by trophy hunters from the wild animals they kill, with the number shooting up 12-fold in 3 decades.

Thomson was named within the report as well. 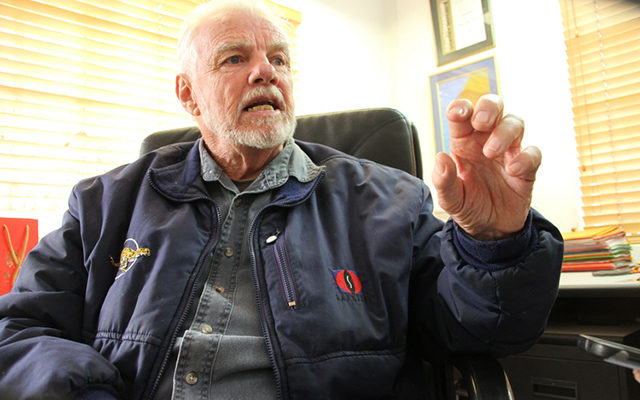 The organization’s founder, Eduardo Gonçalves, states that this killing is completely unacceptable and threatens the survival of many species.

He calls it a “hangover” that remains from the colonial era, referring to it as cruel and disgusting.

He also states that the surge in this activity as of late has caused an out-of-control industry to grow even further, threatening extinction for many creatures.

The 80-year-old father of two has spent most of his life in national parks as a game ranger.

He first began hunting during the colonial times in Africa, when animals were mostly wild in the continent. After the 25 years he spent over that time, though, he continued to hunt.

Thomson does not feel any sense of regret over his hobby, which has racked up a massive body count.

He states that he was only doing his job and says that his work carries a lot of importance that people in Western countries overlook.

He calls these supposedly misinformed experts the true problem, citing his own knowledge as a trained ecologist, and says that he is “unrepentant” and does not feel sentiment over his hunting.